A Nigerian lady, Enow Stella has said she wants ex-BBNaija housemate, Kiddwaya’s billionaire father, Terry Waya to get her pregnant.

In the interview posted by BBC, Terry claimed he is the person who discovered the popular Banana Island in the commercial city of Lagos.

The lady then took to the post’s comment section to declare her interest in getting pregnant for Kiddwaya’s billionaire father. 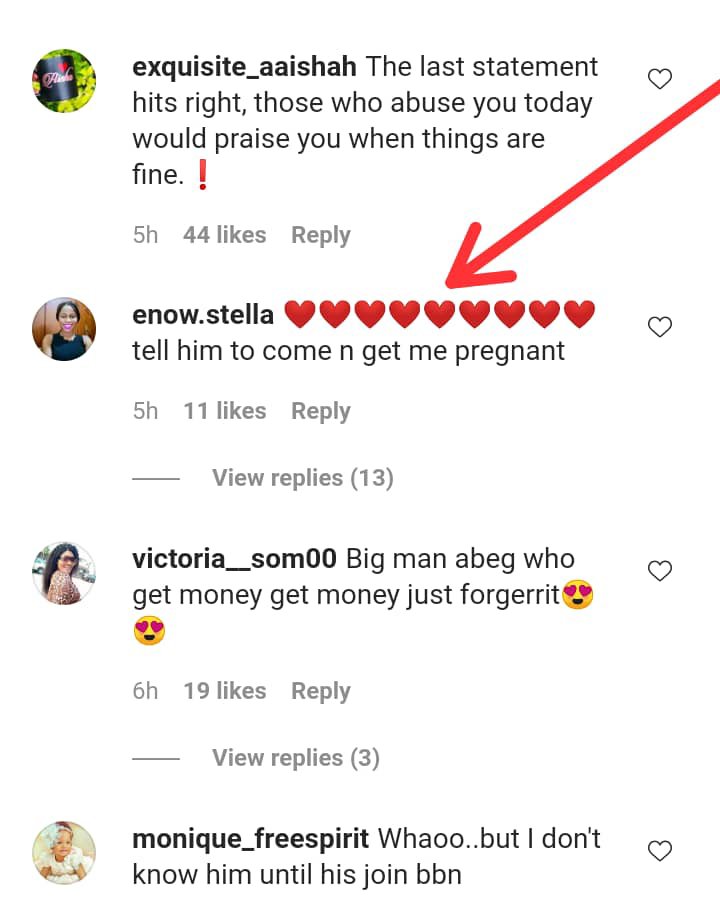 ‘s billionaire father, Terry Waya has said in a new interview that he discovered popular Banana Island in Lagos.