The Katsina State Police Command has arrested a 45-year-old woman, Rahma Sani, for allegedly maltreating a 6-year-old boy Abdulkadiri Mu’awuya, under her care.

Parading the suspect at the command headquarters on Friday, September 18, the police spokesman, SP Isah Gambo, said that the woman, who resides at Kwado Quarters in Katsina was said to be a member of staff of the National Directorate of Employment (NDE) in Katsina.

“Rahama Sani who lives with an adopted child, one Abdulkadiri Mu’awuya, aged 6 years, was found to have subjected him to various inhuman and degrading treatments.”  Gambo said.

Gambo said the woman was arrested on September 15 at about 5pm, and in the course of investigation, the boy was found with injuries on his body and fracture on his right leg.

The PPRO added that the boy was taken to the General Hospital, Katsina for treatment as investigation continued.

Responding to questions from journalists, the woman said the father of the boy left him in her custody, saying he had separated from his mother and the boy’s stepmother had refused to take care of him.

“When he brought him, he said he had taken him to different places but usually after two days they would ask him to come and take the boy. I asked whether he had any problem, he said nothing, only that the boy is naughty, beating other boys and scraps paints from walls with his teeth,” she said.

She claimed that there were bruises on his body even at the time when the father brought him to her.

However, it was reported that there was an incident in which she was arrested earlier when the boy was found crying with tied hands and legs at her residence while she was not there.

At the police station the woman said she lied that she adopted the boy from Kano as a result of an auto crash that claimed the lives of his parents.

She said she lied then because there were people attempting to take him to an orphanage, adding that the father dumped the boy for nine months without any care.

Speaking with Daily Trust on Sunday September 20, the mother of the child who gave her name as Khadija, said her husband had collected the child for circumcision and from then she knew nothing about his whereabouts.

Also speaking, the father of the boy who identified himself as Mu’awuya, alleged that he had made several attempts to visit the boy lately but Mrs. Sani kept telling him that she was not in town. He said he was introduced to the woman by his friend. 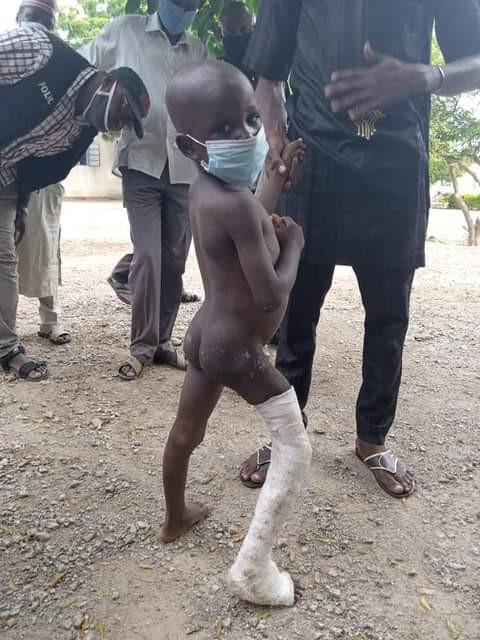 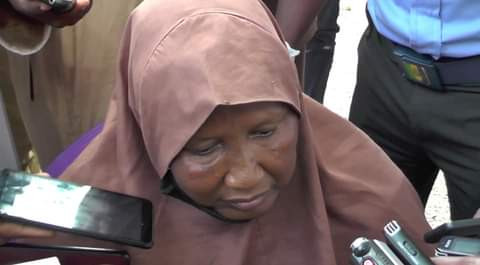